Our local know-how and exclusive insider connections let us fi
Posted by Unknown at 04:55 1 comment:

Financial Times says Portugal Porto is one of the best cities for foreign investment.

The research “European Cities and Regions of the Future 2014/15” published in the magazine FDI (Foreign Direct Investment) in the British daily Financial Times, places Porto as the third in the list of the 10 most attractive cities of Southern Europe for foreign investment .

In a press release sent to the press, the Porto City Council states that, “for compiling the list, the British newspaper used economic indicators such as the creation of new spaces and infrastructure, better maintenance of the connection of the city, promoting an attractive economic environment and maintaining a high quality of life in the city. “ 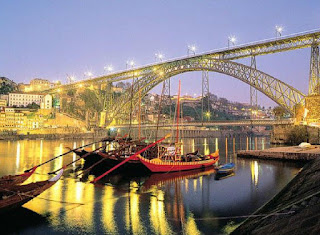 “It were equally valued incentives for new enterprises, the existence of a highly educated population and the international promotion of the city“, explains the municipality.

The Spanish city of Barcelona came in 1st place in the same ranking and Lisbon 2.º.
In the same study, Porto is referenced in a second ranking.

The northern city was “in 5th place among medium-sized cities across Europe with better strategy for foreign direct investment.”

This second ranking is lead by the British cities of Edinburgh and Liverpool and the French city Lyon.

The study “European Cities and Regions of the Future 2014/2015” is published two times ayear by the Financial Times.
font: Financial Times
Posted by Unknown at 04:46 No comments:

Reasons to Invest in Portugal property

Have you ever visited another area that entices you to stay longer than originally planned? Portugal has a charm that encourages people from around the world to relocate or buy a second home.
The natural beauty and manmade creativity found in the cities, countryside and beaches are remarkable.

Four top reasons to live in Portugal
1. One of the Top Climates in Europe. The breeze off the Atlantic Ocean cools down the coast during the hot summer. Winters are mild, with winter temperatures in coastal regions generally remaining above 5 C/41 F.
2. English spoken here. Young people in this southern European country are adept at carrying on a conversation in English. The older generation typically includes French and English as joint second languages. You’ll likely never need a pocket translator because there are so many residents fluent in English.
3. Friendly people. You’ll find welcoming, friendly people who make you feel comfortable. A relaxed lifestyle reduces stress and builds happiness.
4. Anyone can buy property in Portugal. Contact the experienced real estate professionals at  www.menuportugal.com for information about how to invest in or buy property in fantastic Portugal.
Posted by Unknown at 05:40 No comments:

Over the past decade the landscape of the overseas property market has changed vastly. After a turbulent 10 years it has finally found its feet and now is the time to look to the future.
It is no surprise to those of us living and working in the Algarve that the southern coast of Portugal is one such market which has overcome the difficult years to strongly bounce back and is now on the rise to a golden age of investment and a myriad property options.


To the investor it offers strong rental yields, to the holiday home owner it gives a fantastic getaway from the grind of everyday life and to the relocating expat offers a lifestyle envied by many.
The Algarve is one of Europe's most popular tourist destinations due to the clean beaches, the cool, unpolluted water, its rich culture and diversity and the fact that it is relatively cheap, safe and overwhelmingly welcoming.
With English spoken throughout the region the Algarve is a top pick for retirees wanting a laid back lifestyle filled with sun and great food and wine. It is also a great choice for golfers and boat lovers.
Don’t let your dream of owning or investing in the Algarve slip away, make your enquiry with us now and let us open the door to a world of opportunities here in sunny Portugal!

TripAdvisor has just announced the Travellers’ Choice Awards for the Top Destinations on the Rise, revealing that the city of Porto heads the top 10 in Europe and is third globally.
On the global list, 1st place goes to Tulum in Mexico and 2nd to Cartagena in Colombia, the birthplace of Gabriel Garcia Marquez. In Europe, Porto takes first place, standing out for a 48% increase in traffic related to the destination on the TripAdvisor site and a 39% rise in booking interest in October this year compared to the same month last year.
The average price per night in the city through Tripadvisor is €52.79 and the best month to book, according to the site, is this month, when the average price per night is €43.24.
The low-cost accommodation preferred by Internet users planning to visit Porto is Moov Hotel Porto Centro. This statistic, according to the portal, relates to “highly recommended hotels with a minimum rating of four balls out of five on TripAdvisor” and the average price shown relates to the site’s data on bookings for the 1 December this year to 31 October next year.
http://visitportugalblog.blogspot.pt/2015/12/porto-rated-europes-top-destination-on.html?utm_source=feedburner&utm_medium=email&utm_campaign=Feed:+VisitportugalBlog+(VisitPortugal+Blog) 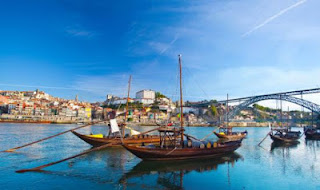 Enjoy every moment of travel experience in Lisbon!


Beauty, modernity and diversity of experiences to enjoy in Lisbon!
The best moments since arrival at the airport or cruise terminal, passing by heritage sites in Belém and most picturesque places of old Europe.
Posted by Unknown at 02:05 No comments:

Hi! Great to see you here! Discover the best of Portugal with me!

Promote Your Page Too